Start typing and press
Enter to search
Skip to content

Want to know what its like ‘flying’ through the air at an excess of 100mph? Let’s just say it’s definitely not one for the faint-hearted!

On Friday evening I arrived at my boyfriend’s in Pembrokeshire and I was told I was in for a big surprise on Monday – as much as a I love surprises, when people tell me I should be nervous and are asking me what I’m most afraid of I do not take it lightly.

After the long anticipating 3 hour journey, with no idea about where I am, where we’re going or what I’m supposedly going to see/do. We began to make our way up the gravel track to Penrhyn Quarry, based in Bethesda  and soon passed a sign for Zip World Velocity.  Instantly I looked at my boyfriend in total shock who just grinned widely back at me.

As we arrived, soaring overhead were what sounded like planes, but in fact they were just mad people descending at a speed of 100mph+, head first, over a quarry and lake. And here I am about to do the exact same, mad, thing dressed in a rather ill-fitting prisoner suit – not my strongest look. 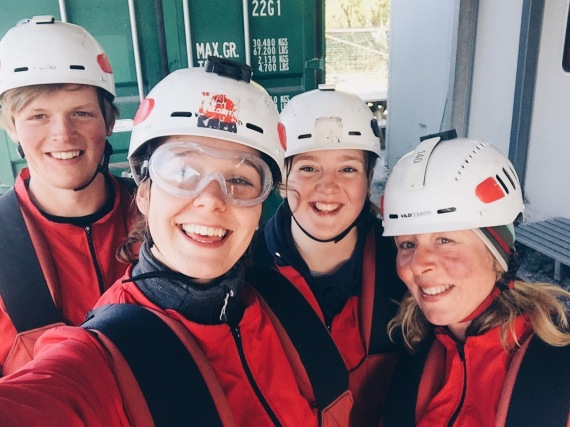 Selfie at the Kit Store 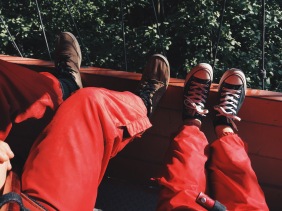 Going up in the truck 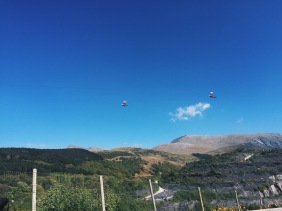 The adventure begins with a ‘taster’ zipwire. At Little Zipper you learn the routine of getting into the position and get a small sense of what’s to come next. With really encouraging staff members they certainly know how to ease you into the experience and release any pre-zip jitters. I was petrified, hooked up to the wire I simply dangled in the air whilst the instructors strap you in and do final safety checks. Next thing I hear, ‘enjoy your ride, in 3, 2, 1, release’.

Travelling at 35/40mph you’re quickly transported over the forestry and in approximately 15 seconds, it’s over.

Whilst the Little Zipper may have only been an appertiser, it only egged me on more to challenge and complete the Big Zipper. Hopping onto a funky red bus, something you’d expect to see in India, we were driven up the windy mountain path awestruck by the views. Trying not to think about how high we actually are, we pass under the wire which we are yet to face. All staring at each other wide-eyed we question what we’ve let ourselves in for.

Arriving at the top we all admired the views and without a doubt we could not have had a more glorious day. Clear blue skies with not a cloud in sight and a scorching sun beaming across the valley. But whilst we may have all these incredible views, it’s just not enough to distract you from the fact that you’re about to throw yourself off a mountain face at 100mph+. 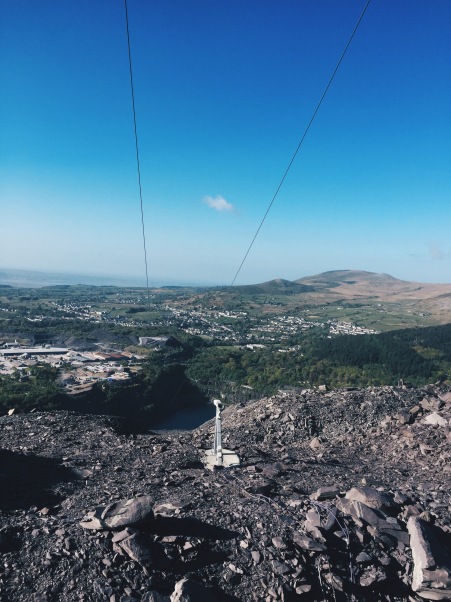 Looking down the wire at Big Zipper 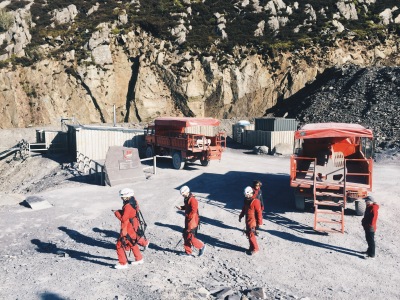 Getting off the trucks at Big Zipper 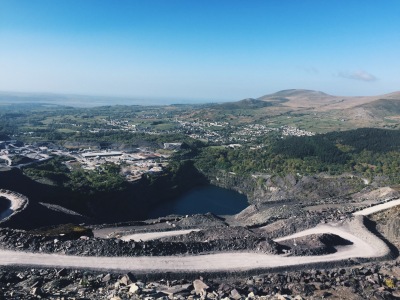 And here I am again, back where I started. Dangling head first, hands gripped together behind my back, body stretched out, goggles too tight on my face, the end way out of sight, about to adventure down the zipper at ridiculous speed parallel to my boyfriend. And there’s no turning back. Because next thing I hear,  ‘enjoy your ride, in 3, 2, 1, release’ and the safety clip is released.

I’m actually flying, except kind of wingless as my arms are behind my back. But nevertheless I’m flying. The feeling is exhilarating as you quite literally whoooosh down the wire.

First falling over the slate quarry and next all that lies below you is the vivid blue lake. I could see it get closer and closer at a speed I was uncontrollable of. My heart was pounding as I edged closer to the lake, you feel like you’re almost going to drop – the feeling is something you can’t describe, you just have to experience it for yourself.

Next thing I realise is I’m actually turning sideways. Oh my! All I was thinking was I’m going to get stuck, I’m going to stop. It’s going to be me they have to rescue. As Henry soared on past he was getting further and further away. Al the worst thoughts were running through my mind, but somehow I kept on moving and my speed never dropped. And then before you know it 57 seconds has passed. And its over. I grab the hook from the instructor and I’m lowered onto the landing platform. All I wanted to do was do it again!

A truly unforgettable experience which holds some fabulous memories. You have no choice, experience it for yourselves.

With  a long 3 drive back, we certainly made the most of our time in North Wales and stopped at the foot of Snowdonia. Admiring the incredible sunset in the blissful night sky before tootling back home. 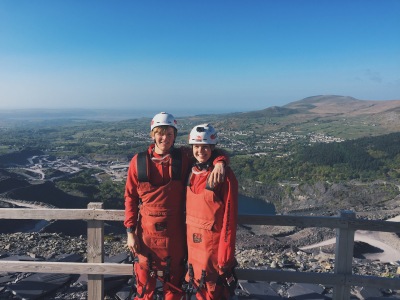 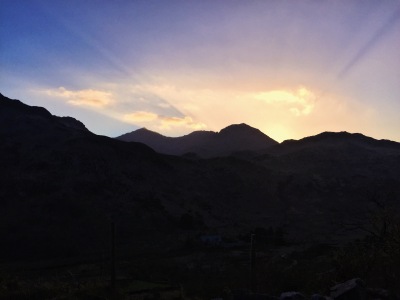 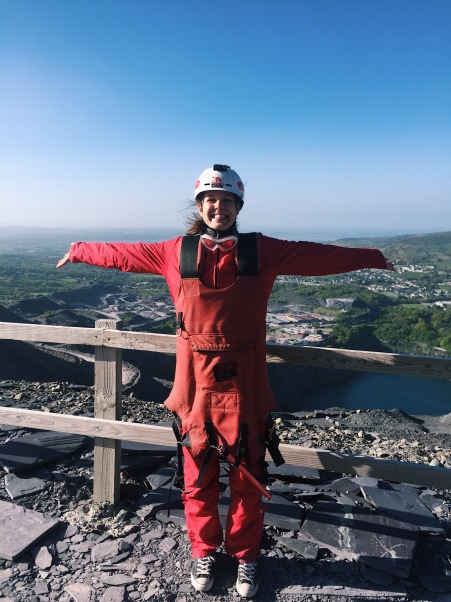 Trying to hide my nerves